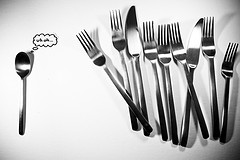 “Yeah, well let’s see if you can back that up! Me and my boys will take you right now!

I’m sure we’ve all seen the scenario played out on television. There is a confrontation, the guy is backed up by some of his buddies and when it comes time to fight, his buddies split and he’s left standing there – likely to take a beating.

Have you ever been let down? Sure you have. I have – even by church people. *GASP* Yes, it’s true. Church goers are not perfect either. And you know what? I have let people down. *GASP, GASP*

Here’s the clincher – You, my friend, my beloved reader of the blog, have most likely let someone down, as well. Yes, it’s true, and as you read this, you may have even thought of the person (or people) that it happened to. (I know I thought of someone as I was typing.) Unfortunately, we are not perfect and we will make mistakes that cause us to fall short of other’s expectations of us. But there is one who will never let us down…..

The bible says that Jesus is a friend that sticks closer than a brother. He never leaves us or forsakes us. The battle is never too big for God. In fact, He is the fortress – our strong tower. We are able to run to Him and depend on Him to be who He says He is and to do what He says He will do. He is invincible, unable to be defeated. He is incapable of letting us down as long as our expectations are scriptural.

It would be foolish to put our trust in man and expect that we will never be disappointed. I have disappointed before and will likely disappoint again.

If you feel like your in the middle of the battle and no one has your back, look forward – Jesus is blazing the trail before you. We can always count on Him. He is a God of His word.

Have you ever been let down? Let someone else down? How’d you handle it?

Have something to say? Leave a Comment! Cancel reply